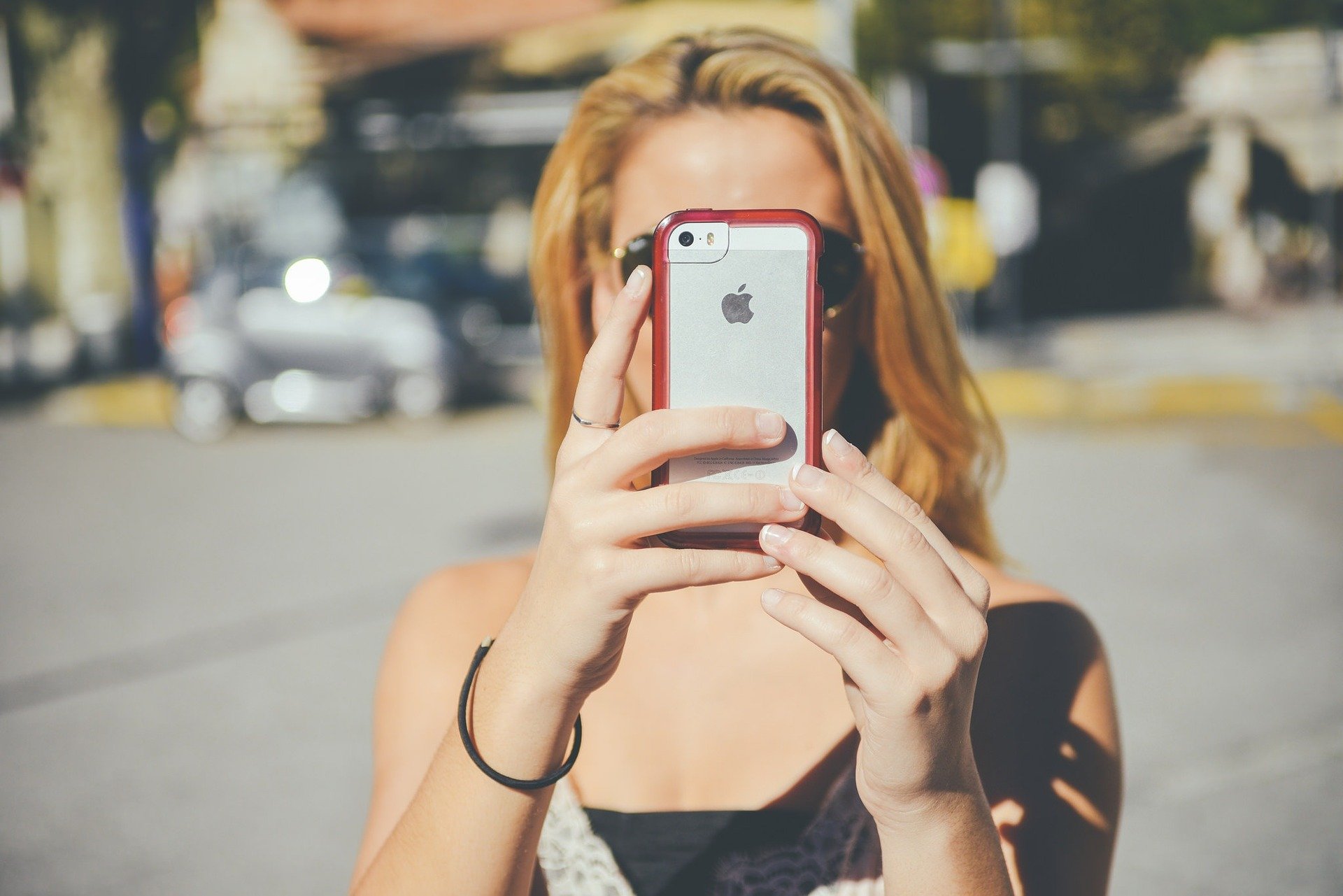 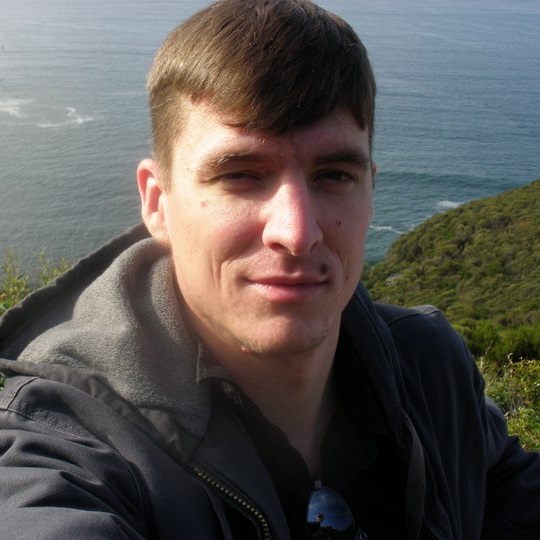 I have recently joined the ranks of people that aren’t really on social media anymore. So, much like veganism or cross-fit I have a responsibility to champion my new cause. I can’t claim to be an early un-adopter of social media and I left it for largely the same reasons as everyone else. Toxicity, shallowness, and big data knowing every single thing I’m about to think before I think it. That third issue is what I’d like to highlight right now.

We all know that pretty much every single website we travel to is reporting our innermost thoughts to Amazon, Google, and Facebook. Some Americans are suspicious that the US government can see that data and has put us under a serious big brother microscope. I am not here to assuage those fears; they may be well-founded, or they may not. Pretty much any modern American human has accepted that we are being tracked by big data corporations and we’ve given up fighting and just let them see into our very souls.

So… why is TikTok any different? China.

TikTok is the first time that Americans have, en masse, willfully and gleefully let not only American companies track us but Chinese companies too. TikTok has stated that American citizen data only exists in America and Singapore. Then why has the Pentagon banned TikTok from all government issued devices in the military? You could say that it’s because government issued devices are for official business and TikTok is more than likely not being used for official business and you’d absolutely be correct. But the Pentagon is not in the habit of calling out specific apps just because they are for fun. They’ve never banned Bejeweled, but we all know it shouldn’t be on an official device. Nope, it’s banned for exactly the same reason Congress is looking into the purchase of Musical.ly (American company that preceded TikTok) by the Chinese company ByteDance. It’s banned because the US Government considers TikTok to be a risk to national security.

To get to the bottom of this we need to rewind to 2012 and the appointment of General Secretary of the Communist Party of China, Xi Jinping. Xi has long been a massive supporter of both the Communist Party of China and Chinese “private” business. A position that seems odd when people remind you that China is, in fact, attempting to be a communist country. Since 2012 several very important things have happened.

First, China has since passed a new National Security Law that requires literally everyone in China and all Chinese companies and organizations to “…maintain national security”. Sure, that sounds innocent enough. Until you learn about China’s other new Cyber Security Law that specifically calls out telecommunications companies and requires them to comply with any and all government requests for assistance or information.

You read that correctly. This is why America, Europe, and Australia have all put some form of restriction on Huawei and their products.

In America, we have had a few legal battles between the federal government and industry over how industry is to comply with requests for information and assistance. The most famous one being when the FBI tried to force Apple to break the encryption on an iPhone being used in a criminal case. That battle went in favor of Apple and a wonderful precedent for privacy and security was set. No governmental body in the US can force private citizens or companies to betray their privacy or the privacy of customers by forcing them to share knowledge, labor, or data. That’s not to say companies don’t comply with government requests; they do, it just means the government has failed to force it.

Chinese law requires companies to turn over any and all data requested by the Communist Party of China. So, the fact that TikTok has officially stated they do not store any American’s data in China holds absolutely no water since ByteDance (parent company of TikTok) has no legal way of refusing the Party.

Xi Jinping has successfully embedded Chinese Communist Party Committees into 70% of all the 1.2 million known Chinese companies. This isn’t some cloak and dagger thing with spies and moles. These are openly and actively serving Party officials that are being forced into Chinese companies and those statistics are proudly touted by the Party itself. They aren’t there in some small capacity either. By law the committees have the power to weigh in on fund allocations, appointments and dismissals, and what projects get prioritized. Furthermore, they could be forced on to the board of directors or executive team and they oversee executive appointment. Oh, by the way, a little side nugget for you; several American companies operating in China also have these embedded cells. Here’s looking at you, Walmart!

You’ll notice that when referring to America I’ve said government and when referring to China I’ve said party. This is for a very particular reason. In America we have political parties. Love them or hate them, they are private organizations. They are powerful for sure, but is there such a thing as the Army of the GOP? No. Do the Democrats have a Naval Fleet? Nope again. Now read this very carefully and let this sink in. There is no Chinese military. That’s right… the largest standing military in the entire world does not belong to a government. They belong entirely to one single political party. Think about how insidious that would be in America. Imagine for a moment your political party having a military and your opponent has none. Now imagine it the other way. That thought is chilling to me.

This one tiny little oopsy daisy of an entire military being “privately owned” is exactly why China is the way it is. This is how the riots in Hong Kong were shut down. This is how the Great Firewall of China massively oppresses Chinese citizen’s freedom of speech. This is how the SARS epidemic was hidden for so long. This is why the data coming out of China in the early days of COVID-19 was wildly skewed. And most tragically, this is how the Communist Party of China is, at this very moment, forcibly “re-educating” the Chinese Muslim population in prison camps and systematically wiping out their history. Not kidding at all, google Uighurs.

But, wait there’s more! For one easy payment of zero dollars TikTok will spy on you from the moment you install it. Something that everyone should do before they install any app on their phone is to check and see what permissions that application is requesting and if those permissions make any sense. TikTok is an audio/video sharing application, what permissions should it have? Access to the camera? Sure, that makes sense. Access to the microphone? Again, yeah that makes sense. GPS location data? Hmm… a little odd but maybe you want to geotag something? Access to your SD card? Uh oh... See what other apps are running? See what notifications are popping up on your phone and reading them?! Turn itself on when the phone turns on??!!!! WAIT ONE MINUTE!!

TikTok is currently being sued for sending videos before users ever post them. That means that the moment you click record on a new TikTok, that video is sent straight to TikTok. That’s before you’ve watched the playback, before you’ve added any editing or filters, and before you realized what intensely personal things are behind you in the bathroom when you recorded that one video that one time where you thought you were cute but that you later deleted because you actually thought twice about it for once.

I double checked this allegation using Burp Suite Pro and Wireshark to watch all the data fly by in real time. Now, it’s all encrypted so I can’t pull the videos out of the air but I can confirm that the moment you hit that record button your phone is shotgunning data to TikTok servers without you ever telling it to post that data.

I hate to break it to you. TikTok is the most successful spying application that has ever existed and its parent company is required by the Cyber Security Law to share every single thing it owns with a hostile foreign power and they are further compelled by the National Security Law to lie about it for national security reasons.